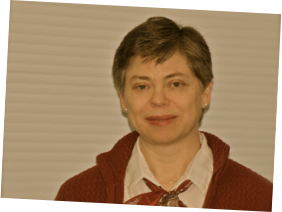 Christine Mader, Ph.D. came from a large, musical family and began her music studies in piano and violin at age 4. She is a graduate of the Royal Conservatory of Music in Toronto with both ARCT Performer’s and ARCT Teacher’s Diplomas in Piano. She also holds a Bachelor of Arts (English) from the University of Toronto, a Bachelor of Education from Saint Mary’s University, Halifax, a Master of Divinity from St. Michael’s College, University of Toronto, a Licentiate in Sacred Theology from Regis College in Toronto, and a Doctor of Philosophy in Theology from St. Michael’s College in Toronto.

Christine began her piano teaching career as an apprentice under Sr. Mary Blanche, SC at Mount Saint Vincent’s School of Music in Halifax. Since then, she has taught piano and theory with the Maritime Conservatory of Music in Halifax, with the Marusic-Alonso School of Music in Toronto, and privately in her own home. She has been active as a liturgical musician since 1970 and a member of the Orpheus Choir and the Amadeus Choir in Toronto, the Nova Scotia Tattoo Choir in Halifax, the Watsonairs Women’s Choir in Prince Albert, Saskatchewan, and Kantorei in Calgary

In addition, Christine has served as an accompanist with the Toronto Board of Education, the Metropolitan Separate School Board, and the Toronto Choral Society. She has also performed in the background vocals for two recordings – Just Listen (liturgical music) and a children’s album,When the Lion Roars. She continues to be a clinician and coach in the field of liturgical music.

Christine has been a member of the Royal Conservatory of Music’s College of Examiners for over 15 years. She currently serves as a mentor examiner and workshop clinician for the Royal Conservatory of Music and is also active as a piano pedagogy consultant for beginning teachers. She is a member of the Nova Scotia Registered Music Teachers’ Association and the Canadian Federation of Music Teachers’ Association.